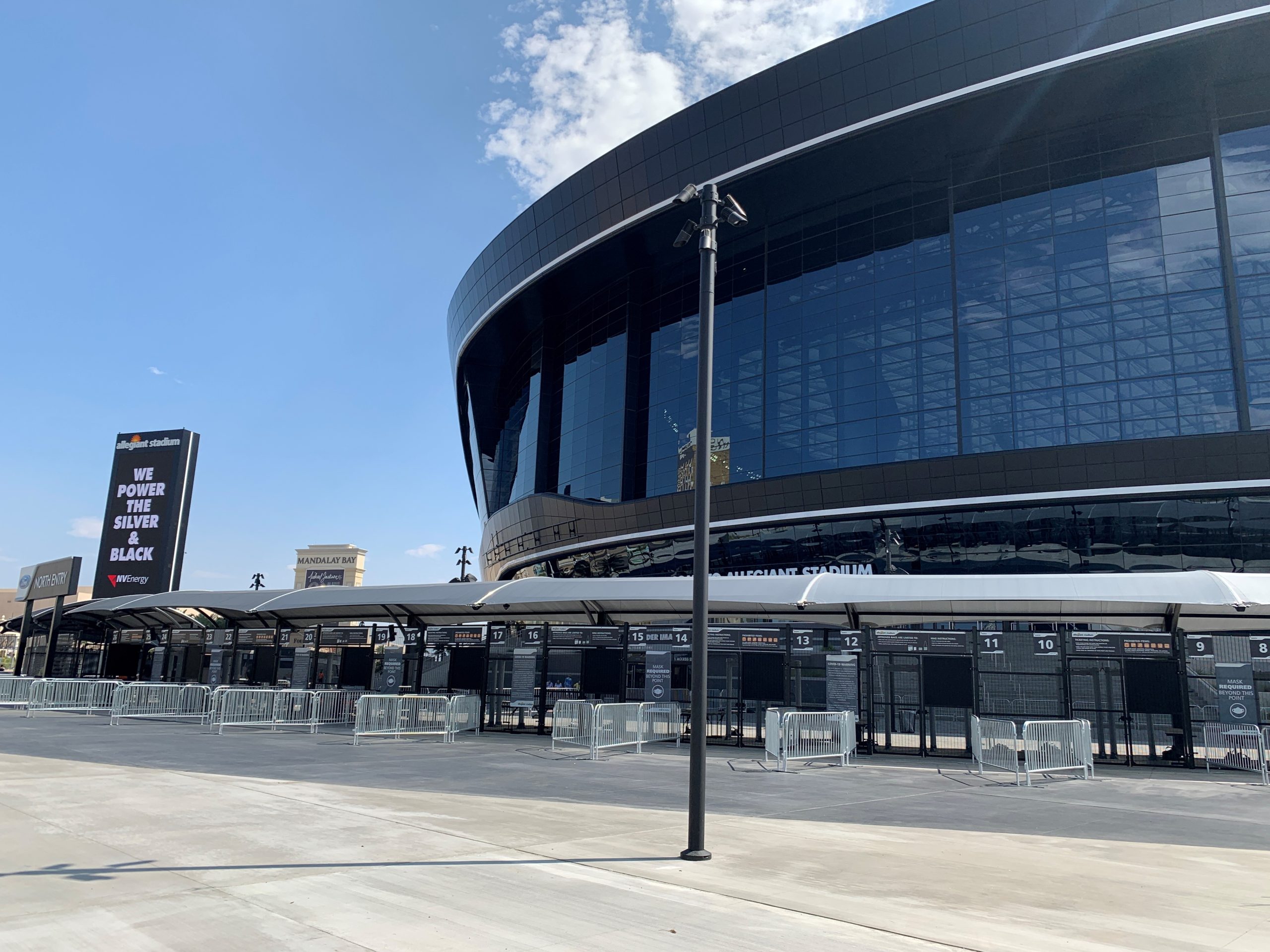 CHICAGO, Ill. (February 14, 2022) — For many, there is nothing like the roar of the crowd found in Allegiant Stadium in Las Vegas and the buzz and excitement that accompanies a major sporting event like the recently completed Pro Bowl. Sports have the unique ability to bring us together. But for some, that same excitement, apparent at recent events like the Super Bowl and Olympics, can be overwhelming.

As more is understood about how overstimulation at sporting events, schools, malls and other public spaces affects those with autism, ADHD and dyslexia, forward-thinking venues are creating spaces that address neurodiversity.

Allegiant Stadium hosted this year’s Pro Bowl and is the site of Super Bowl LVIII in 2024. The home of the Las Vegas Raiders is also a venue that has embraced a product called the Sensory Nook that can help neurodiverse guests enjoy the game while providing an oasis of calm. It is one of a growing number of stadiums that are adding Sensory Nooks including Citi Stadium in New York, home of the New York Mets. Sensory Nooks are also being considered for stadiums in other Major League Baseball, Major League Soccer and National Football League markets as well as several Big Ten stadiums.

Sensory Nook is a specialized version of Nook, a product originally designed for the office to create an emotionally intelligent workspace for one-to-one and small group tasks. Its designers found that adding a few important enhancements can help create a space that can positively influence mood, reduce challenging behavior and lower anxiety levels.

“While the Nook is an emotionally intelligent workspace for one to one and group working, Sensory Nook enhancements can take it a step further,” said Nook designer and company founder David O’Coimin. “They create an encapsulated environment to positively influence mood, reduce challenging behavior and lower anxiety levels. It provides a calming refuge for social and emotional challenges. Sensory Nook is a practical way to reduce exclusion in the workspace, classroom and in public and it helps neurodiverse people cope with challenging environments and reduce anxiety.”

Sensory Nook was designed specifically with neurodiversity in mind. It is a highly inclusive adaptable space particularly effective to address neurodiversity including autism, ADHD and dyslexia. It provides a calming refuge for social and emotional challenges and is a practical way to reduce exclusion in public, workplaces and classrooms.

Nook is a pod, designed for an individual or a few people. Shaped like small home and mobile, Nooks are set on heavy-duty casters that allow it to be moved from place to place. Sensory Nooks add a customizable set of features to address specific needs for the neurodiverse.

Modules can be added or left out to address particular needs. Optional support features include:

Mirror Wall Panel — Enables indirect observation and multiplies visual sensory effects. It also provokes curiosity and engagement and improve eye contact for autistic individuals.
Fiber Optic Strands — Promotes tactile interaction. The strands are visually calming while also engaging the senses. The strands have a powerful soothing effect when draped in.
LED Color Ceiling Panel — The light panel bathes the user in light, which has a powerful, positive effect on information processing. The light panel enhances the mood of the user and can improve behavior. The light can be tuned to improve dyslexia.
Twinkling Fiber Optic Wall Carpet — Acoustically beneficial as well as visually engaging, the fiberoptic wall carpet is visually engaging and has a calming feel and engages the senses.
Interactive Rhapsody Panel — Visual and audio stimulation helps with verbal interaction and empowers self-expression.
Vibrating Seat Cushion — Haptic stimulation encourages deeper seating and relieves tension. It can also help fight ADHD and help with attention and focus.
Nebulizing Scent System — Provides positive reinforcement and can help with appetite stimulation. It can also be used for sensory and memory therapies. It can boost recall in learning environments.
Interactive LED Tube — Creates visual stimulation and cause and effect sensory engagement. It can encourage low-verbal users to vocalize.
Infinity Tunnel — Moving patterns create interactive engagement. The tunnel includes a visually calming two-way mirror.

In addition to sporting venues, Sensory Nooks are already helping visitors to airports, Autism Centers, corporate campuses and schools across the country and around the world.

Nook is a Certified Autism Resource, awarded by the International Board of Credentialing and Continuing Education Standards (IBCCES), a body that delivers the global standard for training and certification in the areas of autism and other cognitive disorders.

“The prevalent ‘one-size-fits-all’ nature of much of today’s environments is unsuited to many people. Everybody is to some extent differently abled – ways of thinking and operating differ from one person to the next. This neurodiversity cannot be shoehorned into one type of space,” added O’Coimin.

Nooks are made just for you. Nooks are modular and can be specified with or without seats, with or without a back wall and with a variety of hard-wearing, easy-to-clean fabrics. Nooks are easy to build with a simple set of tools. Packed flat and ready to assemble, Nook can be up and in use in a matter of hours. Nook is mobile, it can go where it is needed. Nooks are affordable. A Sensory Nook can be purchased for a fraction of the cost to build out a sensory room.

About NookNook is a multi-purpose mobile pod, that enhances whatever you’re doing – from working to dreaming and everything in between. The innovative design helps improve focus and wellbeing while maximizing your space. 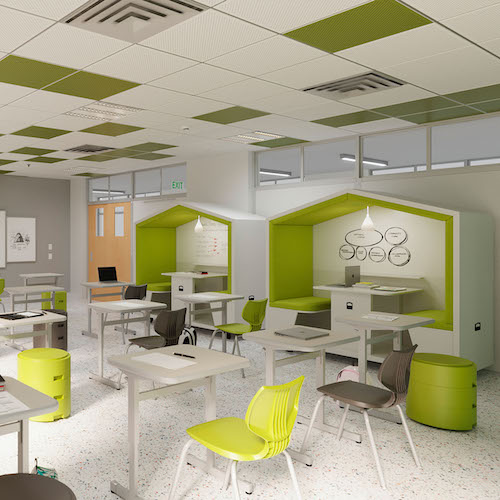 Innovative companies around the world, like Disney, Adidas, Samsung, even Stanford University have... 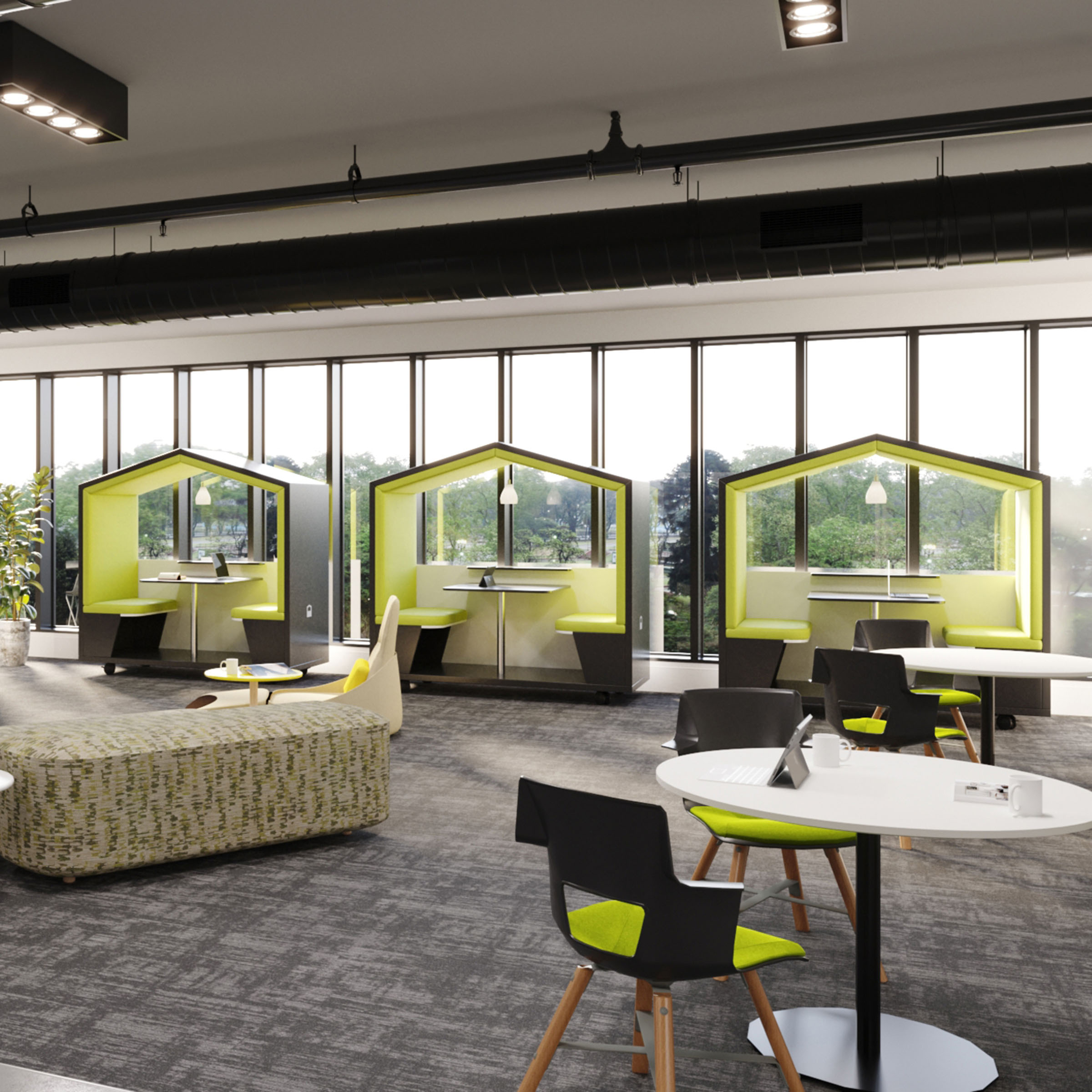 Nook Air, the off-the-shelf version of Nook Huddle, brings many of Nook’s tell-tale... 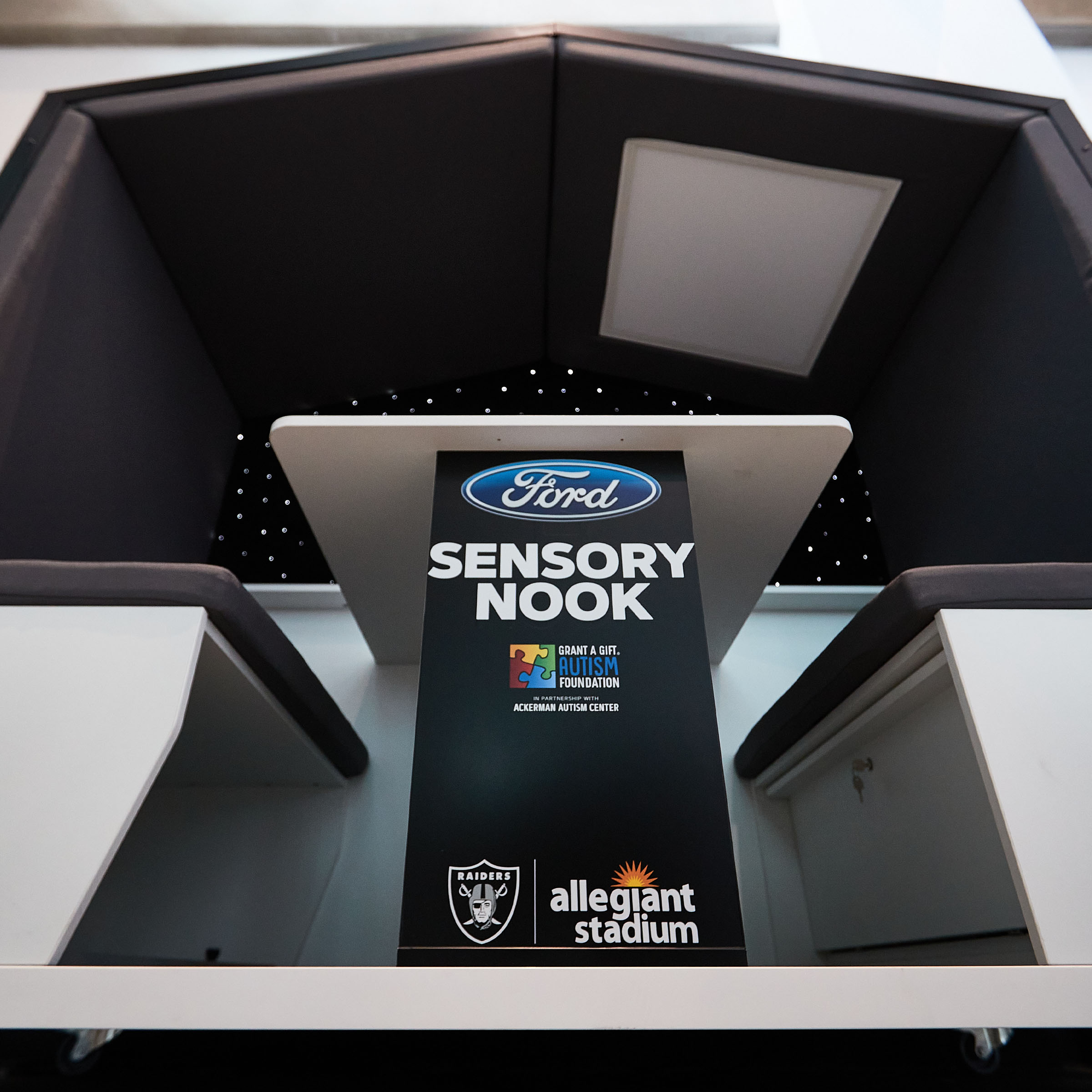 Are You Ready For Some Neuro-Inclusive Football?

It’s football season again and that means tailgates, touchdowns and… neuro-inclusivity? Because...

We use cookies on our website to give you the most relevant experience by remembering your preferences and repeat visits. By clicking “Accept All”, you consent to the use of ALL the cookies. However, you may visit "Cookie Settings" to provide a controlled consent.
Cookie SettingsAccept All
Manage consent

This website uses cookies to improve your experience while you navigate through the website. Out of these, the cookies that are categorized as necessary are stored on your browser as they are essential for the working of basic functionalities of the website. We also use third-party cookies that help us analyze and understand how you use this website. These cookies will be stored in your browser only with your consent. You also have the option to opt-out of these cookies. But opting out of some of these cookies may affect your browsing experience.
Necessary Always Enabled
Necessary cookies are absolutely essential for the website to function properly. These cookies ensure basic functionalities and security features of the website, anonymously.
Functional
Functional cookies help to perform certain functionalities like sharing the content of the website on social media platforms, collect feedbacks, and other third-party features.
Performance
Performance cookies are used to understand and analyze the key performance indexes of the website which helps in delivering a better user experience for the visitors.
Analytics
Analytical cookies are used to understand how visitors interact with the website. These cookies help provide information on metrics the number of visitors, bounce rate, traffic source, etc.
Advertisement
Advertisement cookies are used to provide visitors with relevant ads and marketing campaigns. These cookies track visitors across websites and collect information to provide customized ads.
Others
Other uncategorized cookies are those that are being analyzed and have not been classified into a category as yet.
SAVE & ACCEPT